Before & After: Inspired by my phone backdrop

So I've decided to just admit that this month has already managed to get away from me, and jump forward to the next '12 Days' challenge so I can at least give the illusion of being on top of something.

On my phone, I have an app on my phone that shows trees in a wintery scene as my background, and a couple of the trees are decorated with little Christmas lights on them. Santa and his reindeer fly by occasionally, and that becomes more frequent as Christmas gets closer. Since I don't get snow where I live, this is my way of having that snowscape in my life, and I decided to do a manicure to honor that.

I promised you that today I would be doing a review of the half-bead microbeads I showed you yesterday, that Born Pretty Store sent me for review. These are a 100% improvement over the full-sphere ones, because they are only half of a sphere each:


This makes them a lot easier to work with, because they don't roll around everywhere if you dump a few of them out of the container; they also are easier to apply and don't stick up as much as regular microbeads. And while I've never had too much trouble keeping microbeads on because I tend to cover well with topcoat, the increased contact area with you nail keeps these on longer than normal microbeads.

For my manicure, I started with the same polish as yesterday, China Glaze There's Snow One Like You; I was very pleasantly surprised after yesterday's post to find out there are a number of you out there that like this besides me! :)

Then I free-handed some simple trees on three of the nails with Glittering Garland, a dark pine green jelly with gold shimmery bits; I drew an outline of the trees with a small art brush and then filled in with the polish brush itself. I finished by decorating my tree with the half-beads: 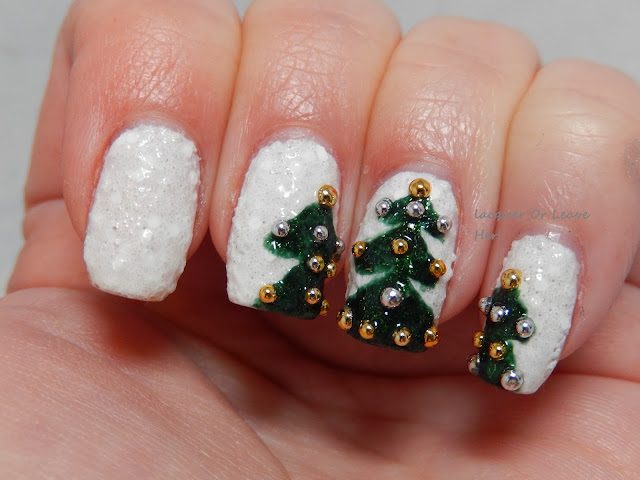 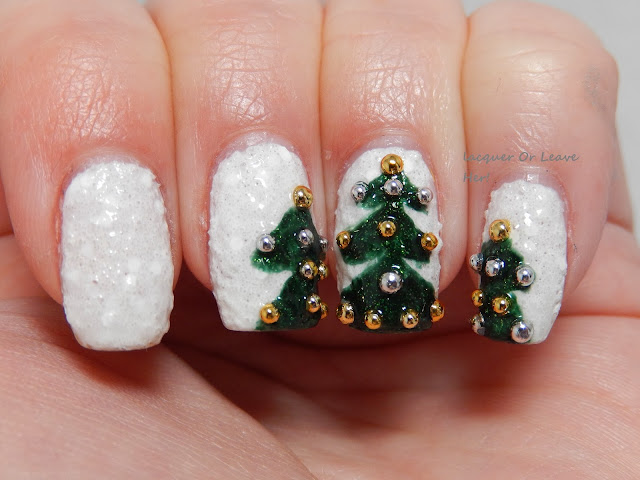 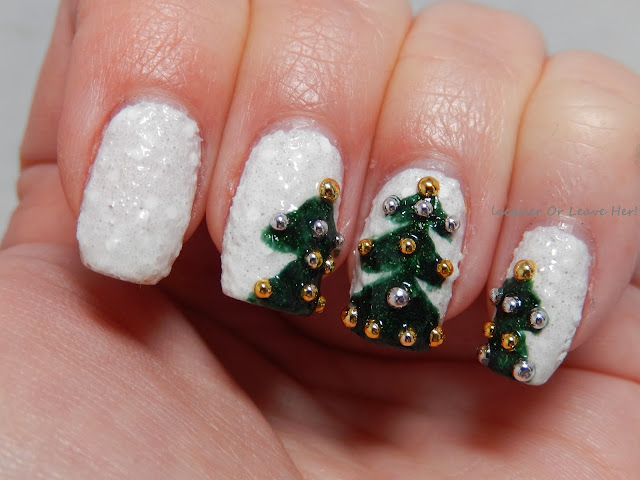 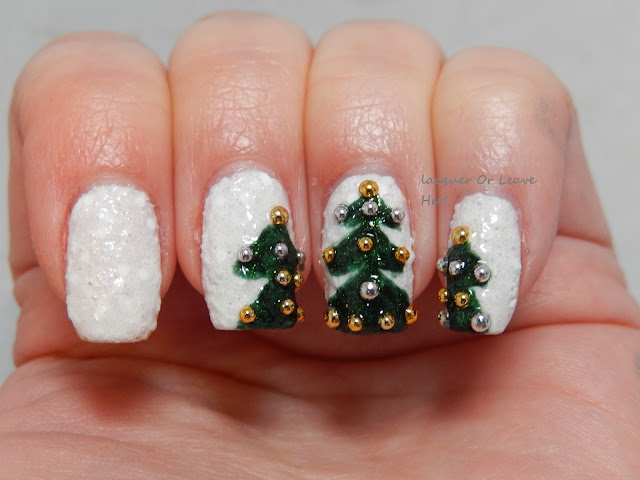 You can see how the flat side of the beads changes the look and the dimension over full-sphere beads; sometimes you might want the other look, and it's always good to have choices! :)

I've been really into having nail art on three of the nails lately...I like the negative space that the plain nail gives, and I think it looks cool when the fingers aren't placed right together: 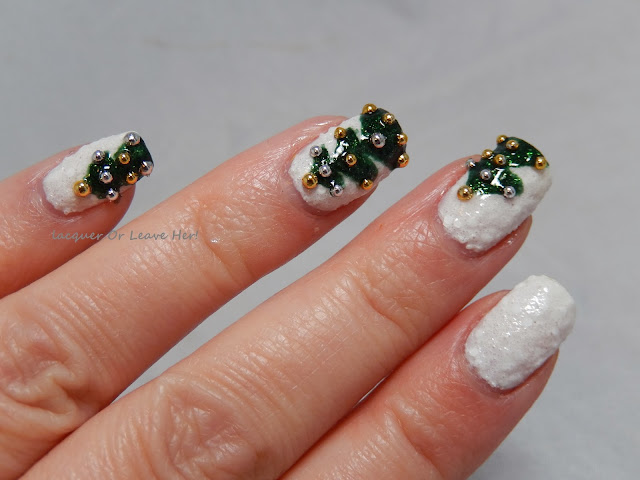 What do you think? I'm definitely a symmetry girl, but the symmetry issue is solved because the two hands together make it all look symmetrical, even if each hand isn't, lol. Yes, I have more...let's call them quirks...running around in my head than you can even imagine, and a need for symmetry is one of them!

As always, you can use my code for 10% off your entire purchase at Born Pretty Store; I am not an affiliate, but when I checked yesterday, I had enough purchases with a code that Born Pretty Store will be sponsoring a giveaway, so stay tuned for that as soon as I hear back from them!!! 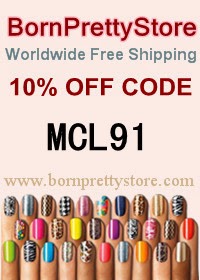 Hope this manicure helps to keep your spirits bright. :)
M.
Posted by M.M. Chouinard at 12:22 AM