Before & After: Franken Flashback

Okay, so I tweaked my franken a bit more, and wanted to show it to you full-manicure, as requested. In my hurry to get it up tonight I fought the light a little, so you'll have to sort of piece it together. First, the pic that represents the color well, which is a light milky sage, with green, gold, and white glitters:


Then two pictures that show the contrast with the glitters best, but wash out the green a bit and looks more of a mint shade than it really is: 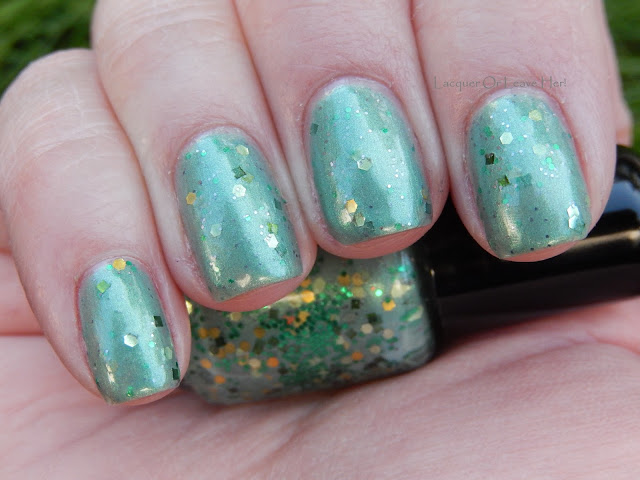 I'm not sure that I'm fully happy with it, but I think I may leave it for now. It's still a bit thin--this is three coats, and I still wish it were a bit less milky. But it's a pretty sage sort of milky rather than a pastel, which I like. And at least you can see the glitters, and that's a definite improvement from the first from-scratch I made. And I do like the blend of glitters--not too much, not too little, and some differences in color and shape to keep it a bit interesting. Just too...milky.

Anyway, I needed to do a 1970s manicure for my Llama Nails time period Challenge, and I figured this makes a nice 1970s sort of base, so I thought I'd just use this. I picked an image from Pueen25, which has been screaming '1970s' to me since I saw it. I stamped with Sally Hansen Lightning on three of the nails, and with a rainbow of Rapid Red, Lightning, Orange Impulse, Lickety-Split Lime, and Brisk Blue on the accent nail. I finished off with some 3D Nail Art Confetti from the set Mash sent me for review: 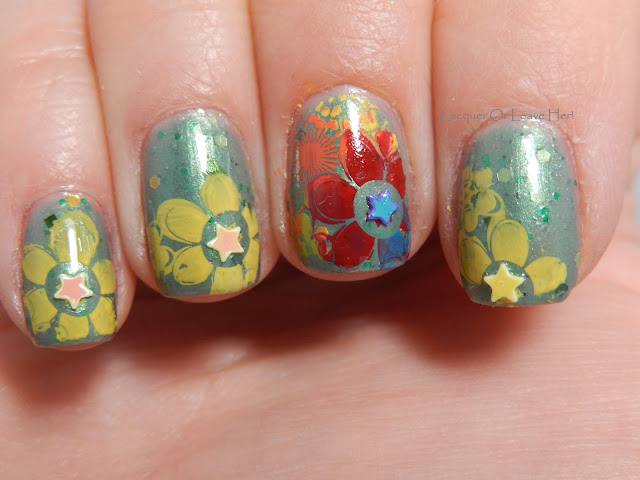 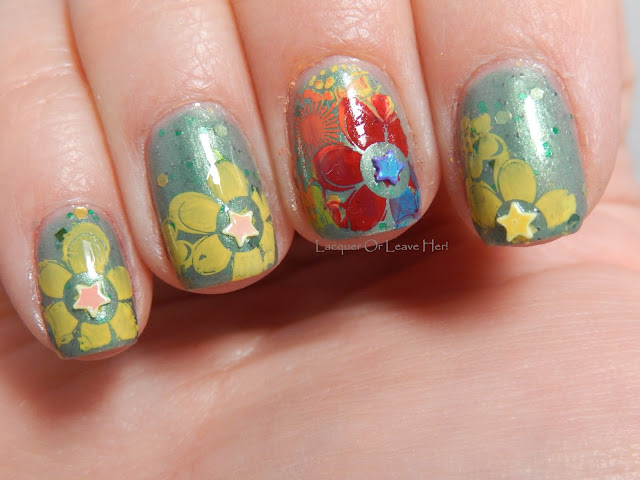 I like how the glitter in the background looks sort of like a comet trail or some such behind the flowers, and I think the combination of flowers and stars is very 1970s, and so is the random rainbow, lol.

Anyway, I would definitely still love any opinions and/or advice on the franken, and I hope you liked the mani! Please check out the other 1970s era manis linked below. :)