Today's Monkey-See-Monkey-Do manicure is my attempt to recreate this manicure on Imperfectly Painted, which I fell in love with. I just become a part of the great world of toppers, and was excited by this cool way to use them that went beyond just painting one color over black.

I recently got two Glitter Gal transition toppers in my birthday haul, Transitions Soft Red and Transitions Soft Green, so I thought I'd start out with them, over a blackish polish by Ulta.

Basically, when I was done, they just looked like semi-tinted whiteness on the black nail. So, I tried to fix it by adding some CND on top of it (CND Crimson Sparkle and CND Jade Sparkle), and here's how it came out: 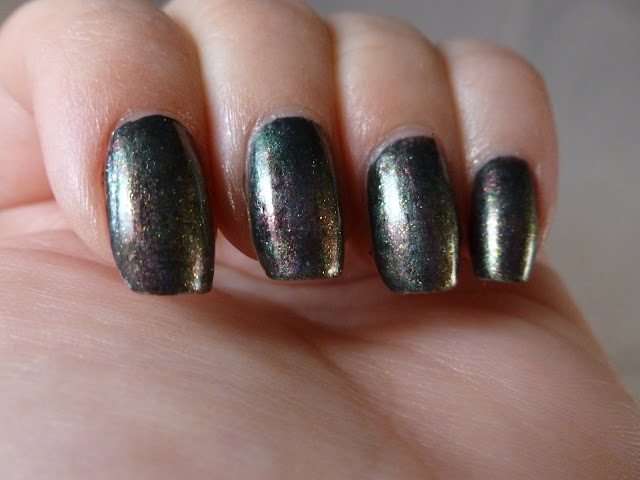 Not bad, but nowhere near as pretty as the original. Still, I can see these being a cool base for galaxy nails, or something like that.

However, I had in my head a vision, and it hadn't come out the way I wanted it to, and I was not happy. I wanted more pretty, more bling, and I was darn well going to get it. I tried putting more of the topper on. That just made it look muddier. I didn't know how to pull out of the tail-spin until--flakies to the rescue!: 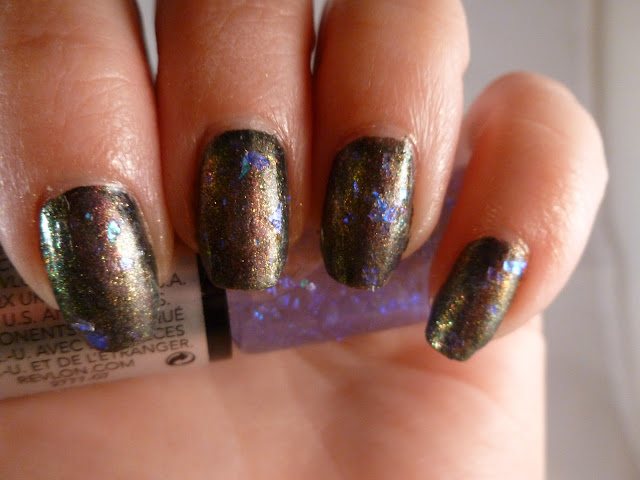 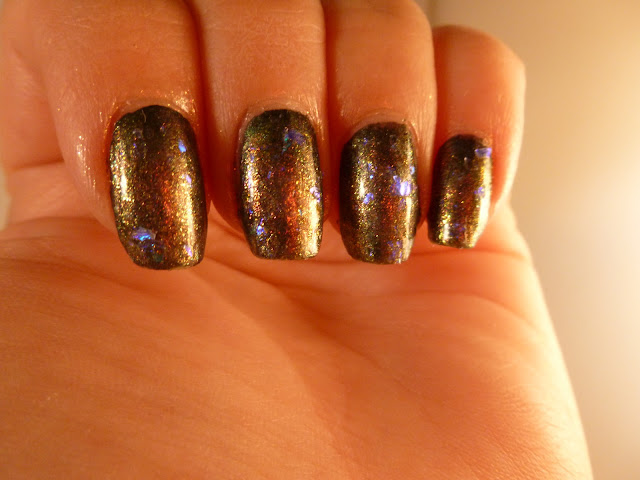 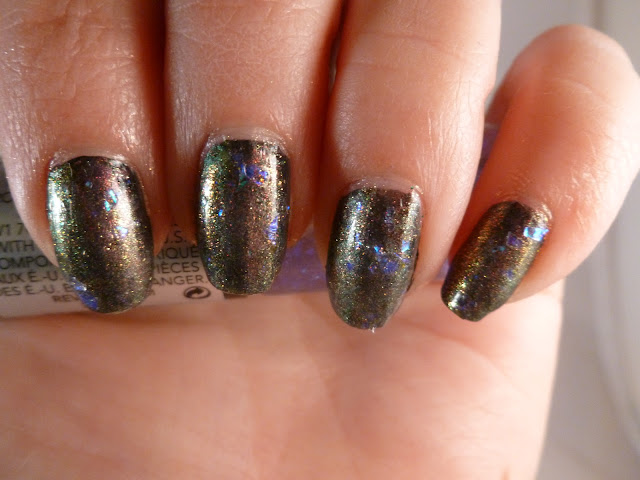 I added on a coat of the flakie half of Revlon's Orbit. It did give a little bit of an extra oomph, but I'm still not sure I can call this a success. Next time I do it, maybe I'll just follow the darned directions and try it directly with the CND first!

Thanks for looking, and please check out the other MSMD Monday manicures by my fellow bloggers, linked below. :)